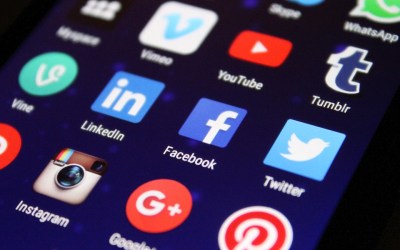 The Effects of Social Media on Mental Health

Over the past ten years, sites such as Instagram, Facebook, and Snapchat have embedded themselves as an integral part of our everyday life. As a result, social media is transforming how people interact with each other, as well as how they view and use technology. Whereas social media can have a positive influence on mental health as it provides a voice, a method of communication, and a means of self-expression to people, if not managed correctly, these sites can have a negative influence on mental health, especially in the approximate age range 16-24, as they tend to be the heaviest social media users. At HPA/LiveWell in Albany, NY, we strive to highlight how social media and mental health are intrinsically linked and the impact that this may have on society.

There is rising evidence to suggest that social media use may have a negative impact on mental health, causing a rise in symptoms of depression. One of the biggest differences between the lives of teenagers today and that of previous generations is the amount of time spent connecting electronically on social media instead of face to face. It is theorized that this form of contact is less emotionally satisfying and therefore, can leave people feeling socially isolated. Furthermore, research has shown that the amount of time spent on social media is directly related to the intensity of the feelings of depression, especially the use of smartphones and social media platforms at nighttime.

The link between social media and mental health isn’t all bad; in fact, there are a number of positive effects of social media. Being socially connected is very important for a child’s psychological development, and social media sites are an effective manner of communicating with peers. It helps teenagers to feel less isolated and also helps them to learn about other world events and cultures. Furthermore, it is a forum which permits people to have a voice, share their opinion, and discuss their issues.

Depression and anxiety are common side effects of social media use on mental health; in a study conducted by the University of Michigan, it was found that the more participants used social media in a two-week period, the more their life satisfaction levels declined. The findings suggest that although social media provides an invaluable means of social connection, it also undermines feelings of well-being over time, resulting in low affect and depression.

Cyberbullying is also on the rise; this may be due to social media allowing people a certain amount of anonymity, and therefore permitting them to be their ‘worse selves.’ The comparison effect is also problematic, as people only post an idealized version of themselves to social media, leading to feelings of low worth and depression. Furthermore, if someone is already feeling low, perceiving an inflated amount of fun that peers may be experiencing online can lead to increased depressive symptoms.

To find out more about social media and mental health, or to learn about the mental health services provided at HPA/LiveWell in Albany, NY, contact us at 518-218-1188.