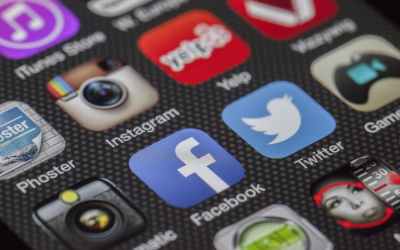 19 May by HPA/LiveWell Eating Disorder Treatment

Social media is an important part of the way people engage with the world around them. Americans spend approximately two hours each day on social media, and as it is used as a platform on which to share everything, it has become a valuable tool for influencing others. It is undeniable that social media has influenced our concept of beauty. It focuses heavily on the importance of appearance and the “perfect body,” and therefore, we are potentially exposing ourselves daily to unrealistic ideals of beauty. Many of us are constantly consuming images posted online, and as a result, social media and body image have become inextricably linked.

The influence of social media on body image impacts how we perceive ourselves, both positively and negatively. Overall, social media use is highest among younger age groups, who may be more susceptible to the impact of social media and body image.  Therefore, it is increasingly important to understand this link in order to ease its impact on our mental health. If you or someone you know is struggling with body image issues or an eating disorder, then we at HPA/LiveWell in Albany, NY can help you devise the best eating disorder treatment for your needs.

Research has demonstrated that there is a link between the amount of time spent on social media, specifically engaging with appearance related content, and the level of impact on body image.  This increased exposure has led to a greater influence on self-esteem. Furthermore, similar studies have shown that brief exposure to social media platforms does not appear to impact women’s body image.

Social media may be more likely to influence the body image of people who already tend to be comparative against others regarding their appearance. These studies have also highlighted the fact that appearance comparison is an element in the link between social media and body image; people who are prone to being comparative are more likely to view themselves as being less attractive than others when using social media. Because of the tendency of young people to spend too much time on social media, it may be vital to monitor the amount of time they spend on these platforms in order to lessen the impact on their mental health.

There are several possible ways in which social media can impact body image and eating disorders:

It is vital to minimize the impact that social media can have on body image. Be mindful of who you follow on social media platforms, limit the amount of time spent on these platforms daily, and also don’t be afraid to un-follow a page if you find that they are not beneficial to your physical or mental health.

If you are concerned that someone you know is exhibiting the symptoms of an eating disorder, then understanding the warning signs of eating disorders can help. To learn more about our LiveWell eating disorder treatment program in Albany, NY, please contact us at 518-218-1188.